Born in Paris in 1965, Philippe Dollo has been working as a freelance photographer since 1990.

In 1997, he moved to New York as the permanent correspondent for Opale, the leading French photo agency for portraits of authors. He continued his photo journeys and assignments in Europe, America, India and Africa.

Since then he has been working on a personal research project of New York “The Fragile City” and a vision of the American way of life through weddings. His later work includes a study of a Dogon village in Mali and a colour exploration of New York nights.

His work has been widely published and exhibited, and forms part of the permanent collection of the Brooklyn Public Library, the International Museum of Photography in Rochester NY, the Museum of Fine Arts in Houston Texas and The Musée de la Photographie à Charleroi, Belgium.

His first book, a project on Roosevelt Island with the French author Frédéric-Yves Jeannet,was published by Editions Léo Scheer, Paris France, in March 2005.

In January 2009 Philippe Dollo moved to Prague where he lives with his family. 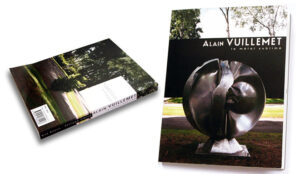